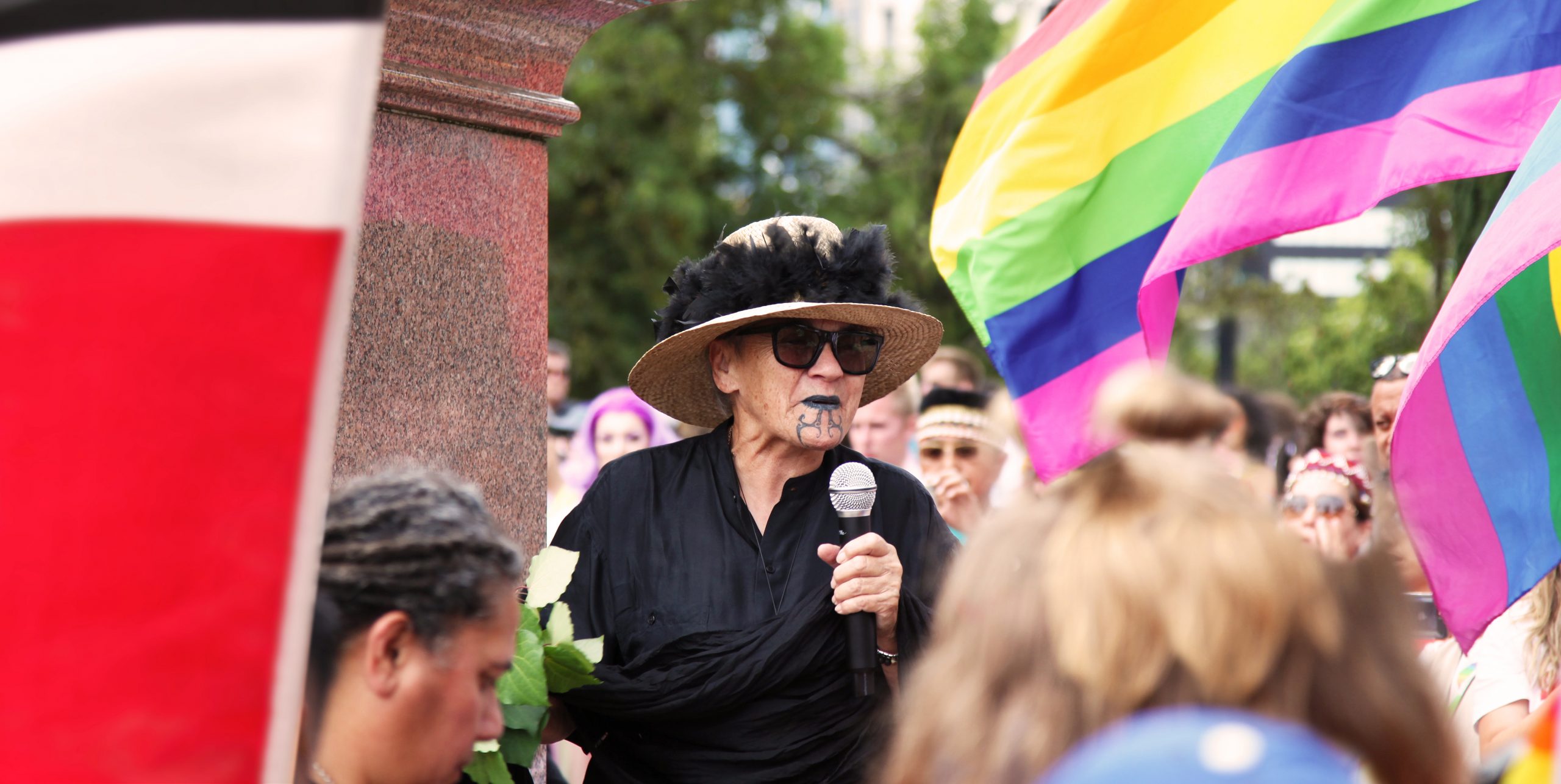 Take a step back in time with artist Richard Orjis and The Gay Liberation Trail as he traces the formation of the Gay Liberation Front (GLF) across inner city Auckland. The GLF was an activist group of mainly young LGBTQIA+ people who proudly emerged onto the city’s street like nothing that had been seen before in the country’s recent history.

The catalyst for the GLF was 23-year-old university student Ngahuia Volkerling (later Ngahuia Te Awekotuku) (Te Arawa, Tūhoe) and her denied entry into the United States in 1972 due to her sexuality. The GLF remained active throughout the 1970s and rallied for homosexual decriminalisation and freedom from corrupt political, educational and religious institutions. Additionally, they joined forces with other groups to fight against capitalism, sexism, racism and openly supported decolonial struggles.

Orjis states that “queer histories are so important to share and celebrate as they are not often taught in schools, told in mainstream media, memorialised in the form of monuments or passed down family lines. History gives meaning to people and place, and the GLF talks to empowerment and radical intimacies that survived against a backdrop of discrimination and erasure